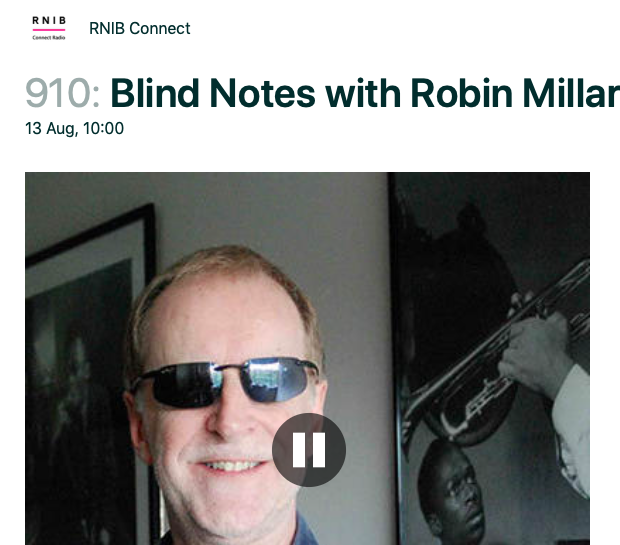 Blind Notes is a seven-part conversation series of radio programmes featuring one-to-one interviews with musicians from around the world, all of whom are completely blind.

Presented by Ravi Sagoo, who himself has the sight condition keratoconus, the interviews are mixed with examples of the musicians’ own music and those that have influenced or been important to them.

This episode Ravi talks with Robin Millar, multi-instrumentalist and record producer with 140 gold and platinum discs including 10 million selling “Diamond Life” by Sade. Robin talks about being an apprentice in a French recording studio by an owner who was prepared to give him a chance when others wouldn’t. He reveals Sade’s song “The Sweetest Taboo” was written about him and that being blind and the lack of visual distractions made him a better producer and he teaches budding producers to shut their eyes when listening to mixes.

Blind Notes is a seven-part series created for RNIB Connect Radio by Demus Productions Ltd and supported by the Audio Content Fund.