Robin Millar is one of the world’s leading record producers and has won every major international music award. He has gained over 160 gold/platinum discs, including 44 No. 1 hits, representing over £400 million of sales worldwide and bringing over £300 million in overseas income to the UK.

A pioneer of digital technology, he produced and arranged ‘Diamond Life’ by Sade, the first all-digital UK top ten record, which included hits such as ‘Smooth Operator’ and ‘Your Love is King’. With sales of over 10 million copies worldwide, it was listed as one of the 10 best British albums of the past 30 years in 2010 by the Brit Awards.

In 2010, he moved away from full-time music production to give more time to his charitable work. However, since then he has co-founded Blue Raincoat Music along the principles of equality, diversity and inclusion. Blue Raincoat purchased Chrysalis Records in 2016 and is always looking for new artists to represent. Robin is Chair and Chief Creative Officer of the Group.

Robin was awarded a CBE in the 2010 Queen’s Birthday Honours thanks to his musical, business and campaigning career. That same year he was inducted as a Fellow of the Association of Professional Recording Services with Peter Gabriel.

Robin has owned and run businesses centred on the music industry for over 30 years, including Power Plant, Maison Rouge and Whitfield Street Studios. Among the legendary artists Robin has worked with are Sade, Randy Crawford, Everything But The Girl, Fine Young Cannibals, Big Country, Eric Clapton, Mick Taylor, Sting, The Grateful Dead and many others. He produced the Atlanta Olympic Games Opening Ceremony in 1996.

Robin started his music career as an apprentice and has continually employed apprentices since 1982. He is passionate about encouraging and guiding people to harness their full potential and produce consistently outstanding results.

Robin is a musical artist and guitarist in his own right with 3 solo albums and a further 3 albums as a band member to his name. The album Meditations from a Desert Island was released in 2020. Robin also goes out as a DJ / guitarist under the name TOSO, playing classic cool grooves from the last 40 years.

More about Robin as an artist

Everything But The Girl

Some Guidance for Singers and their Producers and Engineers 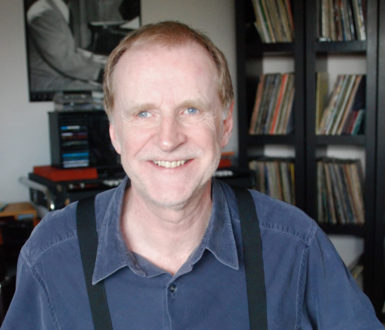